Echo is a network for creating permissionless, decentralized applications that work with Bitcoin. Echo is advancing the usability, flexibility and functionality for Bitcoin smart contracts.

Make it easier to build apps with Bitcoin.

Echo's infrastructure is designed for millions of users while maintaining decentralization. 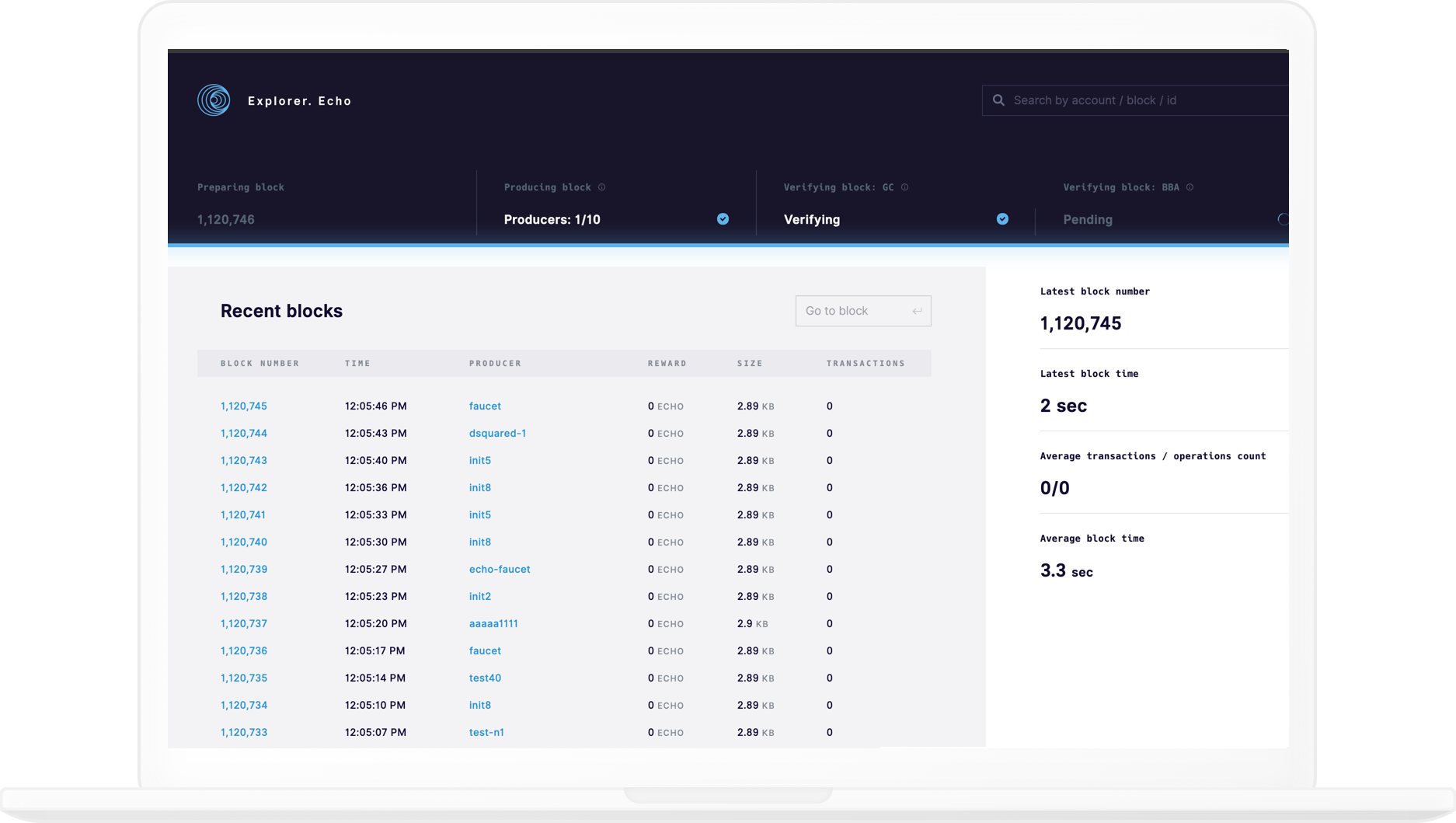 Fast, final and scalable BFT consensus using proof of weighted randomness (PoWR). Echo uses a verifiable random function (VRF) to randomly select a pool of block producers and verifiers based on their stake to validate each new set of transactions.
‍ 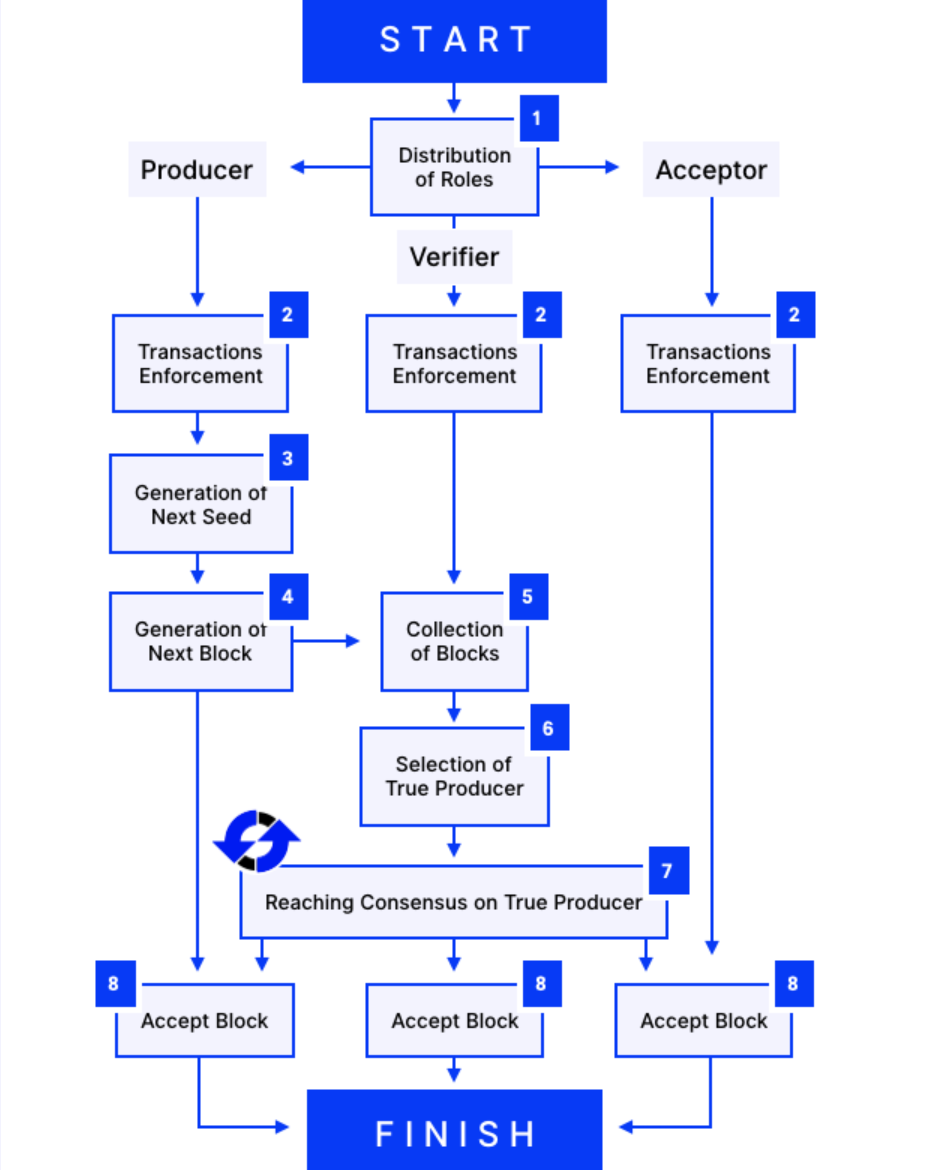 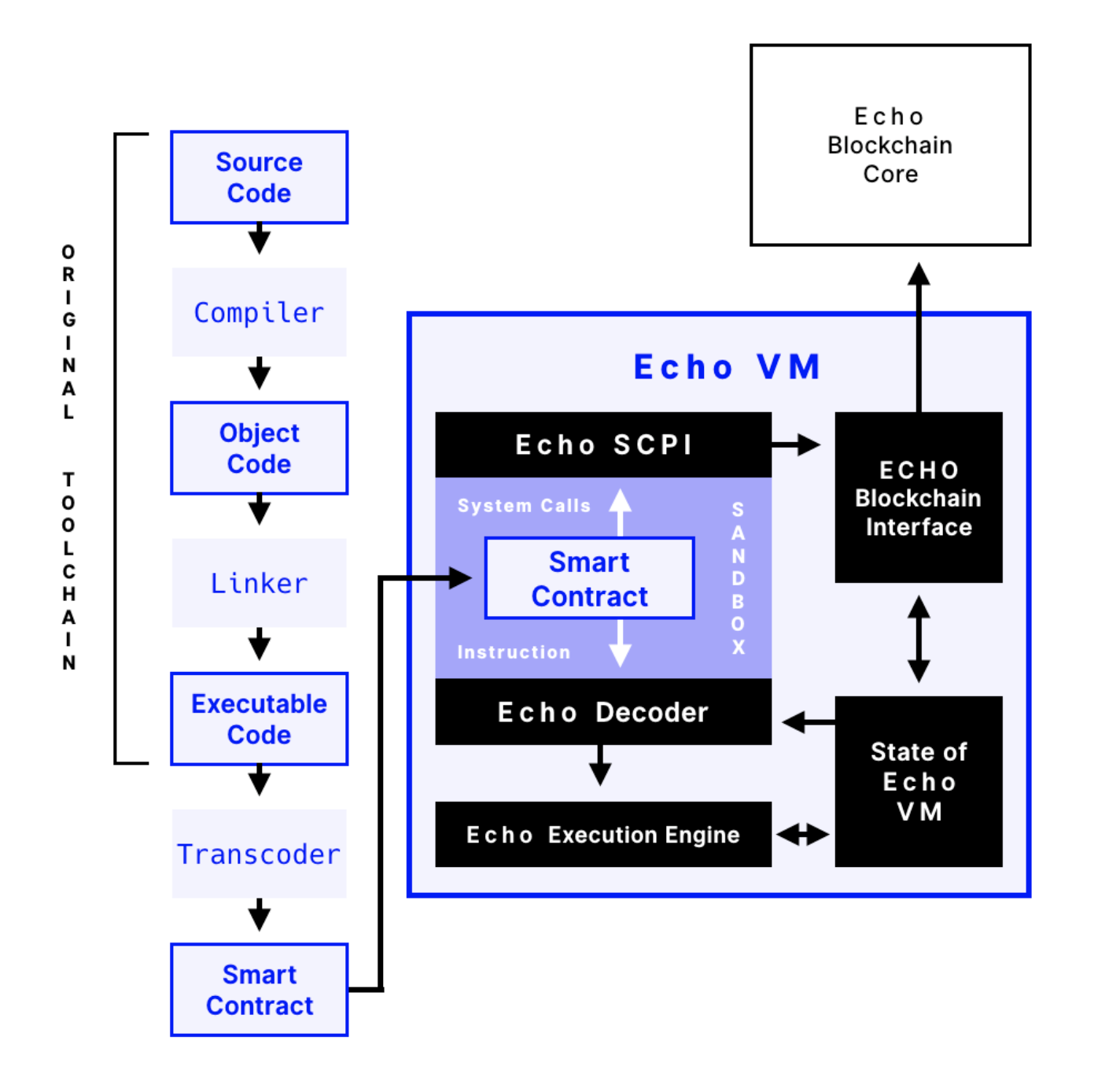 Write applications and smart contracts in the languages you choose - including Solidity, C++, Go, Python, Rust, and more. Works with your favorite libraries, compilers, IDEs and tools.

Use bitcoin as the native currency with Echo to build bitcoin-powered apps. Build decentralized finance apps that work with Bitcoin, the currency of the Internet. 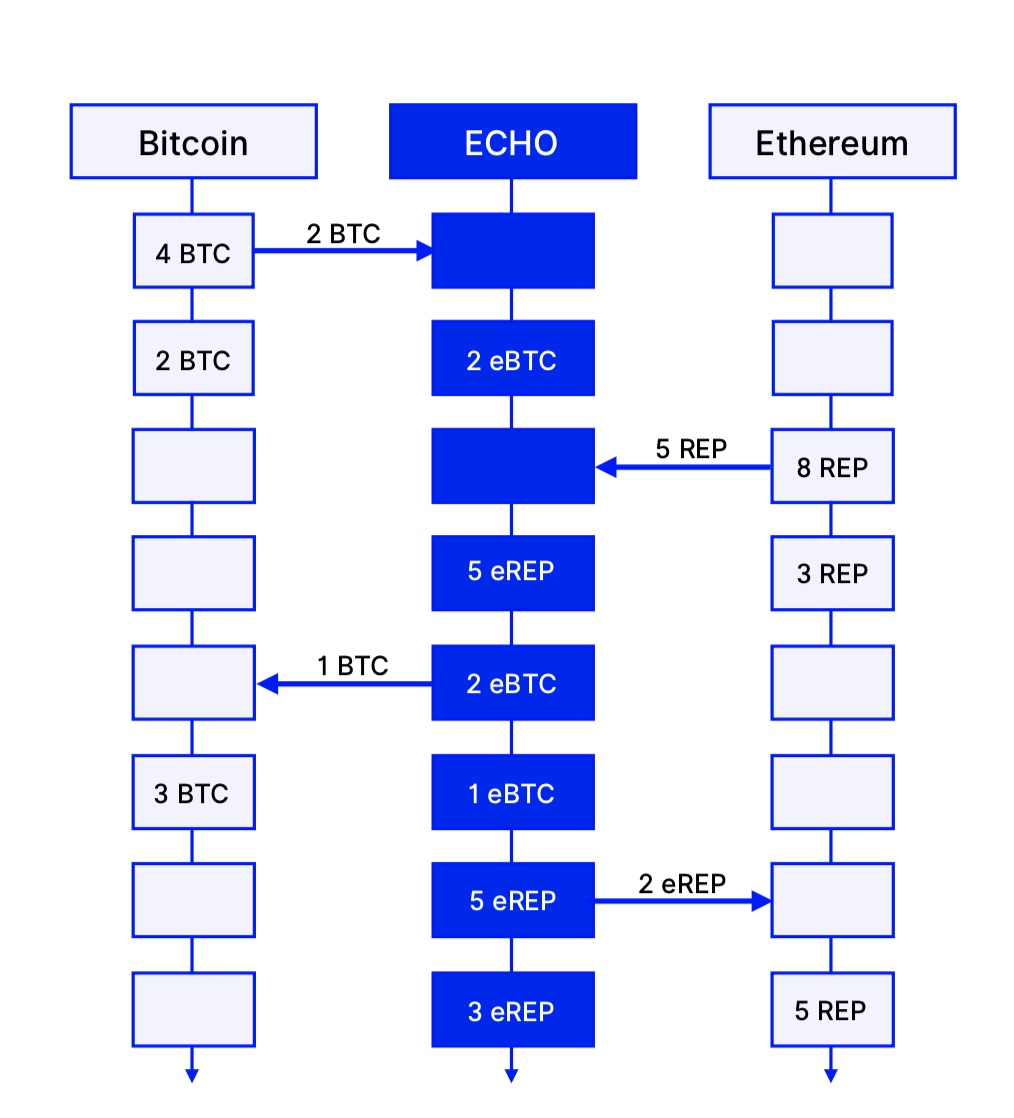 Build on the Echo Network

Download and sync the Echo full node to begin staking and participating in consensus.

Deploy a Contract in 10 Minutes

Visit the Echo documentation and tutorials to get started. Convert an existing Solidity contract in minutes.

A javascript Echo library for node.js and browsers

The Python Echo library can be used to construct, sign and broadcast transactions and to easily obtain data from the blockchain via public APIs.

An Electron app that allows you to create, manage, and import an Echo account, deploy and interact with contracts, and send and receive assets.

Echo is new network for running decentralized applications ("smart contracts") that interact with the Bitcoin network.

Why build with Bitcoin?

Bitcoin is the most used, most valuable, and most liquid cryptocurrency. Rather than competing with Bitcoin as a store of value or currency, Echo integrates with Bitcoin to enable new types of complex applications.

How does Echo work with Bitcoin?

Echo implements a 2-way pegged sidechain ("bridge") that allows users to deposit, withdraw, and use BTC with applications on the Echo network.

How is the sidechain secure?

Echo uses a dynamic, open committee rather than a fixed (private/permissioned) federation of known companies to secure the sidechain. Because of this, Echo improves the trust model and security of the Bitcoin bridge.

How can I use Echo?

Download an Echo wallet to begin sending and receiving assets, deploying and interacting with decentralized applications, and participating in network validation.

What's the status of Echo?

The Echo network is live and running on the "Amplitude" alpha network, which is undergoing an external audit. Echo has been under development for 24 months.

Echo was created by the team at Pixelplex, a leading international blockchain development firm. Pixelplex has been building smart contract networks and technologies since 2014 and has contributed to many leading crypto projects including BitShares, Qtum, and Vechain. Pixelplex began development on Echo in 2017 as their first, in-house project.

Share your vision for a sovereign digital economy and learn about building apps with bitcoin, sidechains, and more.

JOin the Discussion

Documentation

Explorer

Thank you! Your submission has been received!
Oops! Something went wrong while submitting the form.